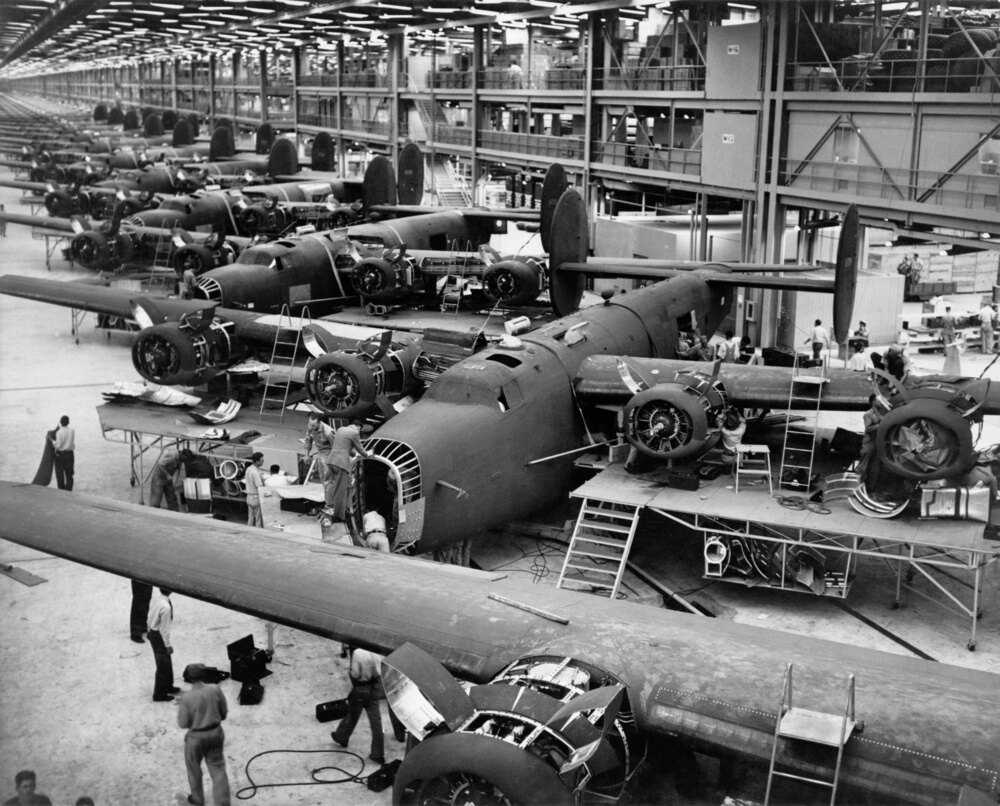 Many modern technologies, from airplanes and cars to pens and kitchen juicers, use o-rings to maintain seals for air or liquid. The inventor of the o-ring would be ecstatic to see his invention used all over the world. Despite its ordinary usage today, the o-ring has a special place in history as it helped turn the tide of World War II in favor of the Allies. Coating Systems explains.

The story of modern o-rings starts with Danish inventor Niels Christensen. He loved to experiment and invent machines. One of his first life-saving inventions was a new brake system for streetcars in the late 1890s. Despite this successful invention, he still lacked a simple yet reliable seal that kept fluids in place while allowing machinery to move easily, particularly in hydraulic systems. Christensen eventually came up with a basic o-ring design used by Coating Systems and other manufacturers today.

Christensen worked for Midland Steel Products in Cleveland in the 1930s. He experimented with different configurations of rubber rings and the grooves they sat in. The inventor finally met success with a design that had a circular rubber ring sitting in a groove 1.5 times the size of the ring’s radius. In 1937 at the age of 72, Christensen filed a patent for his o-rings with the U.S. government after perfecting his design a few years earlier. His same basic design still guides how Coating Systems works with modern o-rings.

O-rings figured prominently into the construction of aircraft. Hydraulic systems controlled (and still control) flaps, doors, landing gear, bomb bays, and surface actuators. By 1940, President Franklin D. Roosevelt was building up the military to defend the United States from an attack. The military needed to inexpensively mass produce hardware. Planes needed parts to work correctly and not break down after just a few missions.
Christensen met engineers from the Army Air Corps at Wright Field — now Wright-Patterson AFB — in Dayton, Ohio, in June 1940. Army engineers installed o-rings in the landing gear of a well-used Northrop A-17A. A pilot took off and landed 88 times. The landing gear held up every time, despite the bumpy landings. The Army was impressed.

The military paid Christensen $75,000, $1.3 million in today’s dollars, for his o-ring design. The military then awarded contracts to manufacturers to utilize o-rings in every piece of military hardware to take to the skies. Within two years, every aircraft made in the United States had o-rings in vital systems, and companies improved on the original design by taking a look at slow-motion photography of o-rings in action. O-rings saved millions of dollars by preventing breakdowns and repairs. They also may have saved millions of lives by lengthening the service life and flight times of aircraft. Modern companies like Coating Systems continuously strive to improve o-rings.

Coating Systems works with a wide range of o-ring coatings, whether you need o-rings for pistons, hydraulic systems, food-grade equipment or industrial machinery. Contact us online or give us a call at 1-800-593-7754 to see what we can do for your company.