Coating Systems: How Does Rust Form 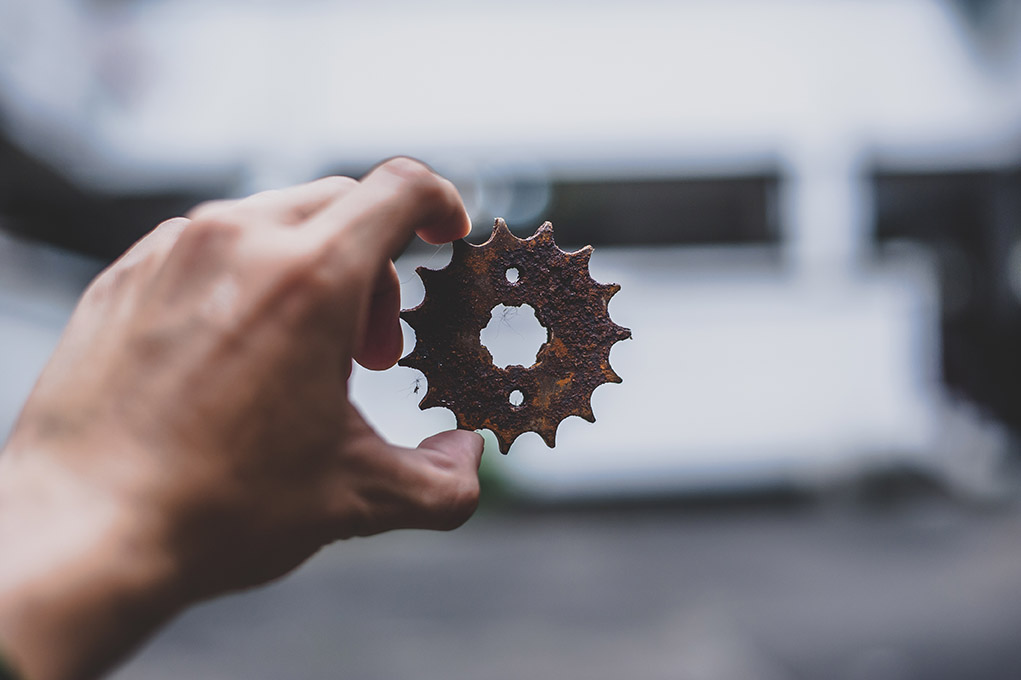 One of our primary jobs as coating experts is to make sure metals don’t rust. We can’t have o-rings rusting in place. We can’t have car exteriors rusting out. In a sense, you could say that at Coating Systems we make a living off of rust. We combat it and try to subdue it. Get rid of rust, and we’d be halfway out of the job. So what does our mortal enemy actually do? How does he work? Coating Systems gets to the bottom of rust in today’s blog.

When two options are so good, why choose one? Rust is, in fact, a form of corrosion. Though you might not think about it in such terms, rust forms due to a chemical reaction. What chemicals, you might ask? Well, the chemicals that hide in plain sight: carbon dioxide, oxygen, and iron. Is it getting confusing yet? Okay, we’ll take this step by step to unmask our pesky nemesis.

This little formula oversimplifies the issue, but you only need oxygen, carbon dioxide, and iron for rust to form. When we understand that rust is only the villain’s alias and unmask rust as iron oxide, it becomes a bit clearer.

Related Post: Coating Systems: Different Types of Rust and How We Can Help

When oxygen combines with carbon dioxide, you get water, but in chemical terms, this is considered a weak carbonic acid. The acidic quality of the water corrodes through the iron. Without the presence of water, our pesky friend, rust, cannot exist. The water acts as a conduit for the iron’s electrons to bond with oxygen. This creates a new element: iron oxide (aka rust). So really, when you see the orange flakes of rust, you are really looking at iron bonded with oxygen.

For years Coating Systems has noticed that we need to go tougher on any metal objects that interact with saltwater. This holds true for everything from cars that drive on salted, winter roads to seaplanes to yachts. The salt ionizes the water, giving it more of a charge. This turns salt water into an even better conductor than regular water. Thus more rust.

Fight the Good Fight Against Rust with Coating Systems

If rust had its way, we’d be living in a jungle of orange, flaking cars, and crumbling o-rings. Help Coating Systems fight the good fight against the villainy of rust. At our disposal, we have all the systems of modern coating. From Xylan to Halar to MOLYKOTE®, we’ve got you covered. Join forces with Coating Systems to take up the fight against rust, that pesky, pesky antagonist to metals everywhere.